Why hello there, kind folks! It’s a pleasure to meet you again, as the sunshine is slowly returning to our skies and the days grow longer by each passing week. Today I would like to tell you all a thing or two about the effects of veganism on this little planet of ours. Of course, ending the cruelty that is inherent to our current systems of meat and dairy production is a big part of our motivation to produce animal-free cheese. The other side of that penny, however, is the enormous ecological footprint that is left behind by those industries! Though they might only cost a few euros in the supermarket, every piece of meat and cheese exacts a heavy price on our environment and climate.

In order to raise more awareness of this fact, and to put into perspective the benefits of veganism, the Netherlands is holding its fourth annual ‘Week Without Meat & Dairy’ this week, from the 7th until the 13th of March. Those Vegan Cowboys are gung ho to have as many participants as possible, so let’s go over the savings real quick and give you an idea of what tremendous contribution even a week’s worth of conscience really amounts to.

Fresh water is one of the most important things to mankind and nature both, a thing so essential and seemingly plentiful that it can hardly be thought of as scarce in a thriving country like ours. Yet, only 3% of all the water in the world is fresh, and its availability is becoming increasingly more threatened as the demand of mankind and its industries grow. The production of meat and dairy are big contributors to this threat. To illustrate, the average person’s meat consumption amounts to a whopping 150 Litres of water per week! This water is mostly used to irrigate the crops that feed those millions of cows and other cattle, just so they can end up in a little plastic package in the supermarket. You may take shorter showers, or use a water-efficient dishwasher, but cutting back on meat and dairy is by far the best way to help save our world’s shrinking water supply.

On top of that, all that meat and dairy involves lots and lots of transportation. Transportation of livestock, transportation of the feed and water they consume, and transportation of the meat and dairy they produce. You may be helping the environment by using your car less, or by taking the bicycle to work, and you’re certainly not wrong for doing so. However, the average person’s weekly consumption of meat and dairy equates to around 121Km of driving around in your car! Think of all the tonnes of greenhouse gases that are being emitted, just because there’s cheese or sausage on a sandwich instead of vegan products, which are just as tasty or even better.

Of course there are lots of other factors that weigh in on the equation, but I trust that I have already illuminated some of the immense savings that can be achieved by one person, in one week’s time. We can only imagine what the results are when it isn’t just one person, but many. And if it isn’t just one week, but forever. Together, our choices shape the world of tomorrow, and it’s high time to start choosing consciously.

So, take this chance to try out how easy it is and how good it feels to cut meat and dairy from your diet, even if just for a week. Try out some delicious vegan recipes, of which there is an abundance, and surprise yourself with how unnecessary those animal products really are. Share your experiences on our social media, and let the world know what a week’s worth of conscience really amounts to.

END_OF_DOCUMENT_TOKEN_TO_BE_REPLACED 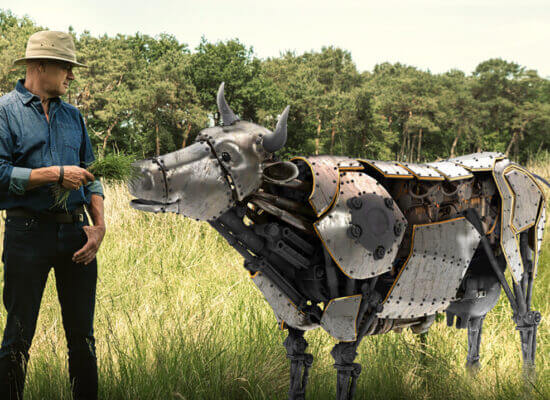 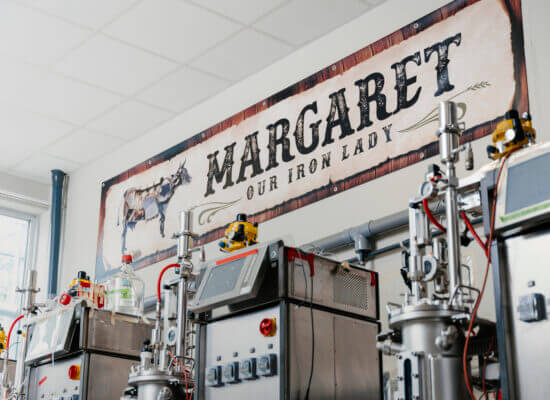 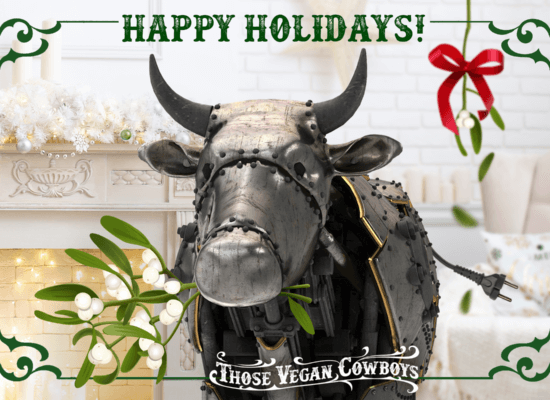 A cold mist blankets the last days of this eventful year, yet the fires of festivity and fellowship burn brightly in our homes, hearths,…